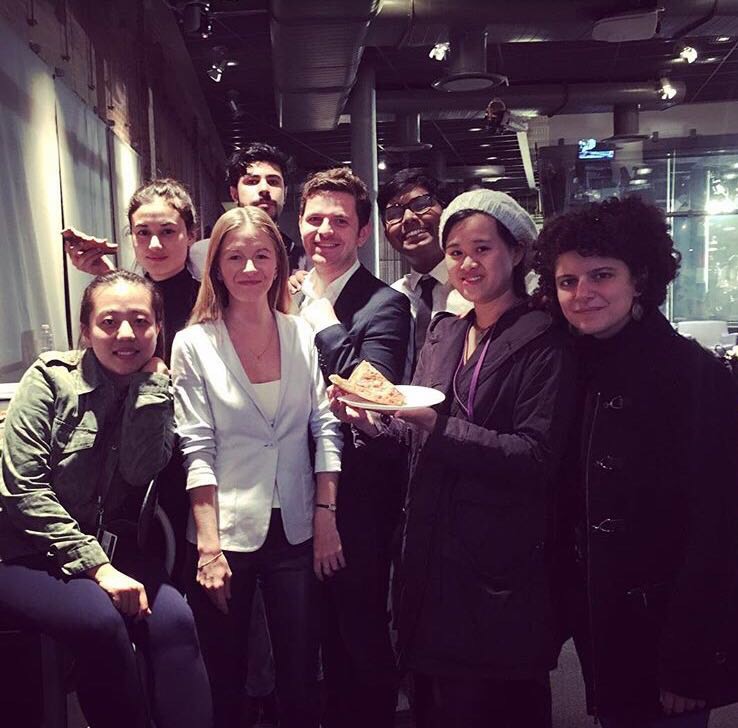 Ahmed  is a 23 year old graduate of Gaza University, Gaza Strip, Palestine, where he specialized in Literature and Arabic English Translation. He has worked with international journalists covering Gaza and produced his own powerful documentaries that tell the story of his generation of young people and their aspirations for peace.

Athyunnath has completed his college at Manipal University, in India,  where he majored in Information Technology.

His most significant work, however, is the founding and successful establishment of The MIT Post – one of India’s first student-run news and journalism cells. The organization which now serves as the official source of news and media for the college.

A fan of the works of Aaron Sorkin, The Lumineers, and good ice cream, he likes to spend his time writing whimsical stories about the mundane events in his life.

Benedetta  was born and raised in Rome, Italy, where she received a B.A. in Contemporary Literature at Roma Tre University. In 2010 she moved to Paris, studying at Sorbonne University as an exchange student.

She fluently speaks Italian, French, Spanish and English and she likes to think that languages help her to put together different pieces of the world`s puzzle.

Born to a Japanese mother and a German father, Emily was brought up in London, UK. She studied French language and literature at King’s College London, including a year at the Sorbonne in Paris. She graduated in 2015. She very much looks forward to the challenge of the 30-minute documentary as much for the final product as for the unavoidable path of self-discovery that its process will present.

Marie grew up in the suburbs of Copenhagen and moved to London at the age of 19 to complete her Bachelor’s Degree in Comparative Literature and Film Studies at King’s College London.Marie’s time as a Bachelor’s student also confirmed her passion for documentary and reportage, partly through producing a short documentary on disability for an anthropology class at UNC at Chapel Hill where she went on exchange. Apart from giving voice to those who are marginalized by media and society, Marie is interested in exploring the world, trying different foods and dancing without rest.

I was born and raised in France. My Master of Political Science studies at La Sorbonne university in Paris confirmed my taste for journalism. During these two years, I studied sociology and especially the Chicago School and authors like Howard Becker and Erving Goffman. My study of Sarah Palin’s storytelling during the 2008 US election turned into a 50-page dissertation. When I am not working, I can be found attending theater, music festivals or at a café, writing down a tv show script.

Olivia Wilson was raised in Brooklyn, New York and received her B.A. at Villanova University for Communication with a specialty in journalism. She took a break to pursue a semester abroad in Spain to focus on international media. Olivia served as assistant director for One is No One, a documentary filmed in Costa Rica, and producer and interviewer for Limbo, a documentary filmed in Italy. She is your local Starbucks barista and frequent dog park visitor.

I was born in a small city in China. I finished my undergraduate education in Beijing Foreign Studies University in China, majoring in Teaching Chinese as a Foreign Language.

I love traveling and talking to different people, their life experiences are worth delivering in many senses. Some are quite inspiring, some are really thought-provoking. So, I want to become a storyteller in my future career.

Olga Slobodchikova was born and raised in Kirov, a city along the Trans Siberian railway in Russia. She studied journalism at the Moscow State University, graduating with honors in 2012.

By the time of graduation, Olga was already working as a producer at the BBC Russian Service, the BBC’s subdivision in Russian language.  Her new goal is to perfect a set of skills that would allow her to work behind the camera as well as in front of it.

I was born in exile in India to first generation Tibetan refugee parents.  I studied BA Journalism from Madras Christian College in south India during which time I interned with The Hindu and later after a year working for an NGO I joined Himachal Pradesh University in Shimla to study Mass Communication. I strongly believe that the News and Doc course will prepare me to eventually make documentary films on Tibetan nomadic life.

Veronica was born and raised in China until she started another chapter of her life at the age of 16 in various countries including US, UK and Japan. She recently completed her M.A. Degree from Columbia University, specializing in history and film studies. Prior to that, she received a B.A. Degree from Michigan State University, where she focused on history, art history and anthropology.

Besides work, travel is the second most important thing in her life and an alternative lifestyle for her to perceive the world and discover the issues worth further research or larger acknowledgment. If backpacking does not occupy all of her leisure time, she must be into either books or music. So feel free to join her.