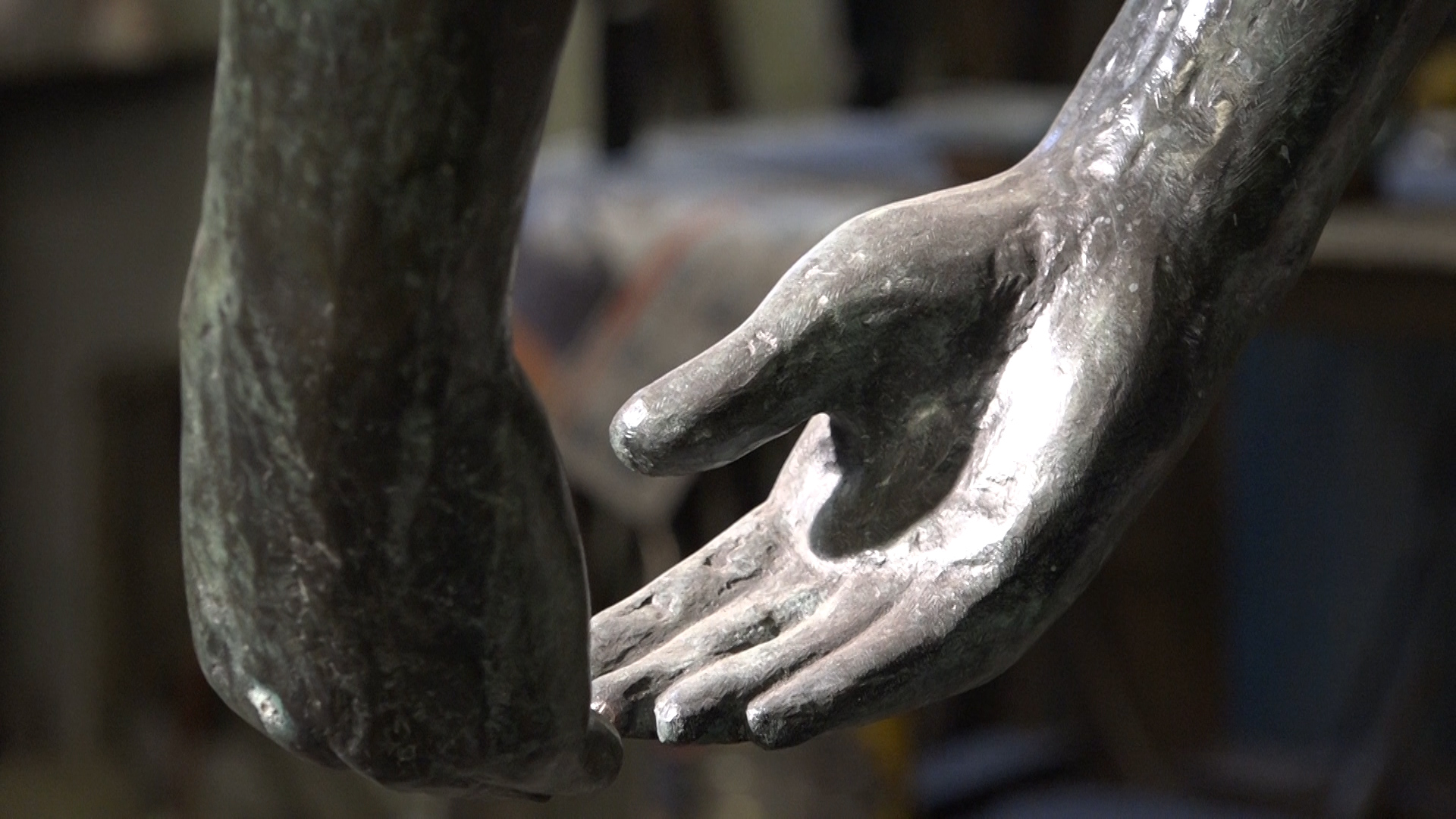 The World In My Hands

It’s Monday morning in Greenpoint, Brooklyn, and across the threshold of the Bedi-Makky Art foundry, New York City runs into its usual arrhythmia. The voice of the wind outside is a short breath. Bill Makky, who took over the business one year ago, after his father’s death, gazes across the empty womb of his foundry as if it was the very first time.

“We have just delivered our last big piece,” he explains shaking off from his sweater the dust that lays all around. The name of Bill’s family is everywhere in New York City. Carved inside one of the paws of the Bull of Wall Street, for example, or on the underside of the FDNY’s wall memorial at the World Trade Center. Founded in the early 1920s, the foundry has belonged to his family for two generations and has casted in bronze some of the most important monuments in American history. But of three brothers, Bill is the only one who decided to continue the legacy of his father. “Today, no one wants to have his hands dirty,” he says. 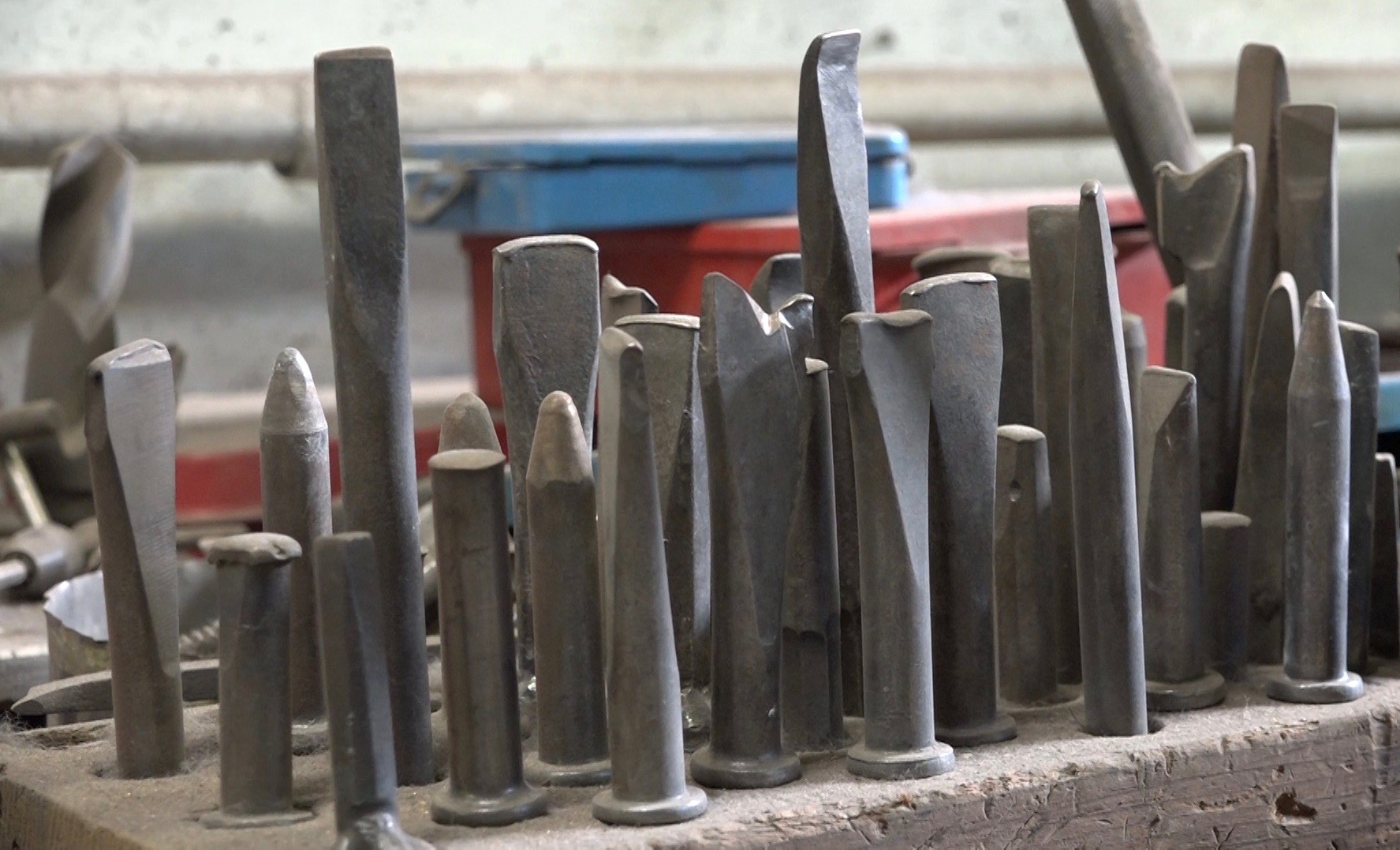 According to the Economic Policy Institute (EPI), the United States lost around 5 million manufacturing jobs between January 2000 and December 2014. The tech revolution as well as foreign competition on the labor market are among the root causes of this lost. “But the truth is also that the new generations don’t want to do this job anymore,” adds Makky.

When he was young, he had others plans too: he studied engineering, joined the military, and went to the Persian Gulf. Born in a family of immigrants, he was the incarnation of the American Dream. “But when I came back from the war, I couldn’t find a place in my world anymore. I dropped out of school and eventually I started working in the family business. It was then that I had my eyes opened for the first time on how much I enjoyed this work,” he says.

Located in the former manufacturing heart of Greenpoint, the foundry is for most of its five employees a place to escape the nonsense of New York City’s hectic life. Thirty-year-old David Nunez, who has worked here since he was a teenager, has found in bronze casting a way to discreetly leave his mark on the outside world. “I see pieces we made here all over the country. When it happens, I go closer and I start looking for the mistakes I made and nobody else can see, except me,” he says. In the back corner of the molding room, under the motionless eyes of his sculptures models, Nunez has spent most of his young age. “I had my little brother working here too. He was always on his phone, never paying attention…”

But despite the statistics, Nunez is not the only one in his generation that enjoys the handcraft work. Born in the middle of the tech revolution, Millennials are experiencing a new form of alienation. Filtered by the screen of the computers and the keys of the keyboard, every action seems pointless and even intellectual tasks – like writing tons of emails every day – become mind-numbing. “Among the new generation there is a growing understanding that imagining and designing things is not enough. You need to produce your own idea, make it tangible,” explains Charles Euchner, a researcher at the Center for an Urban Future (CUF), a think tank that studies New York City. “There are a lot of people that make money basically rearranging assets like lawyers or financial experts. Their world is completely abstract: seated at their desks, they move numbers around their screens all day long. Although intellectually fascinating, those jobs do not fulfill what they want and eventually they quit their position to start over again.” 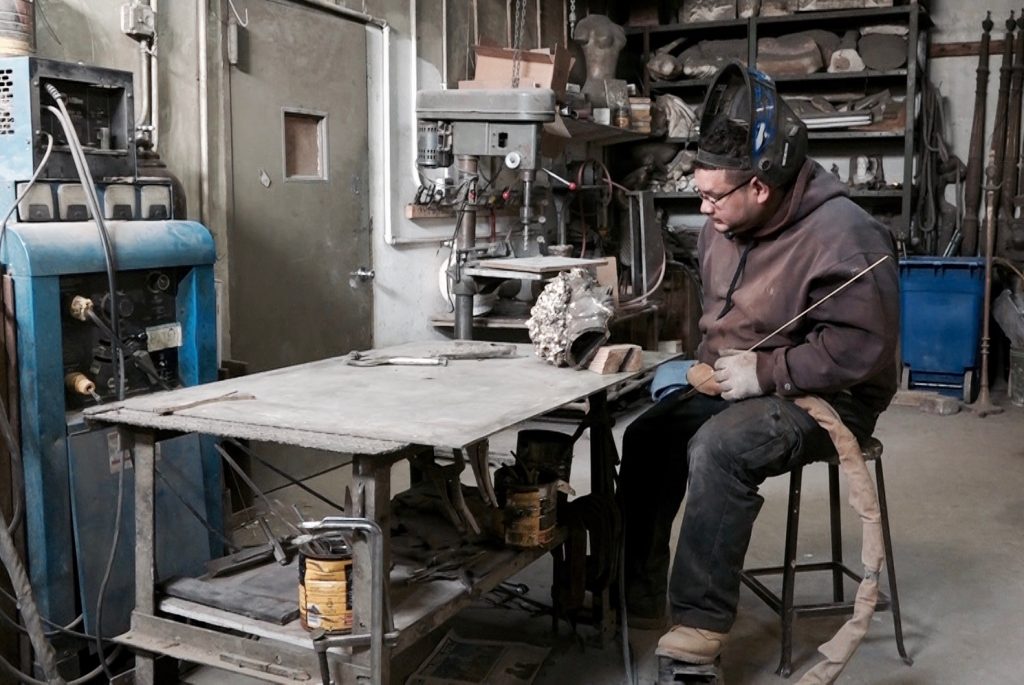 David Nunez at work in the foundry

In some parts of Europe, this growing malaise is at the root of many young people retraining. “I need to feel something real beneath my fingers,” explains Parisian Aude Seguinier who, after eleven years in the publishing business, decided to quit her job and start a professional training as a cabinetmaker. “I was losing myself into all of those presentations, mails, excel sheets.” According to the French government, in the country the handcraft still represents the 14% of the labor market.

At the same time in Italy, where the youth unemployment rate has reached 40%, some experts claim the handcraft is the engine of the economic recovery. “The new generations don’t have to look for a job. They have to create their own job,” writes Economics professor Stefano Micelli in his book Futuro artigiano. “Handwork not only restores objects but provides a new dignity to people.”

In the United States, and more specifically in NYC, Brooklyn is the Promised Land for the “techexiles”. According to the CUF, after losing over 20,000 manufacturing job in the past decade, between 2010 and 2012 the borough has seen a growth of 0.2% in manufacturing jobs. “People will come back to the handcraft…I’m sure,” says Makky who today spends half of his time teaching to fine arts students the secrets of the trade. “They are the first of their classes but when they come over here they are always shocked when they realize how little they know about this work. The truth is you only learn by doing.”

It’s almost noon. A young, pale, man crosses the threshold of Bedi-Makky foundry. He’s an abstract artist that wants his piece casted into bronze. The workday at the foundry of this Monday morning has finally started. Looking at his father’s picture on the wall of his office, Bill’s eyes moisten with tears. “Today it’s the first anniversary of his death, this past year was the first on my own,” he sighs with a broken voice. “I’d like to pass his heritage to my children, but only if they will be able to find in this work the same passion I found. I don’t want them to take over the business only because they are too lazy to do something else. This job is unique; we take pride of what we do. Maybe we don’t make a lot of money but we enjoy what we do.”