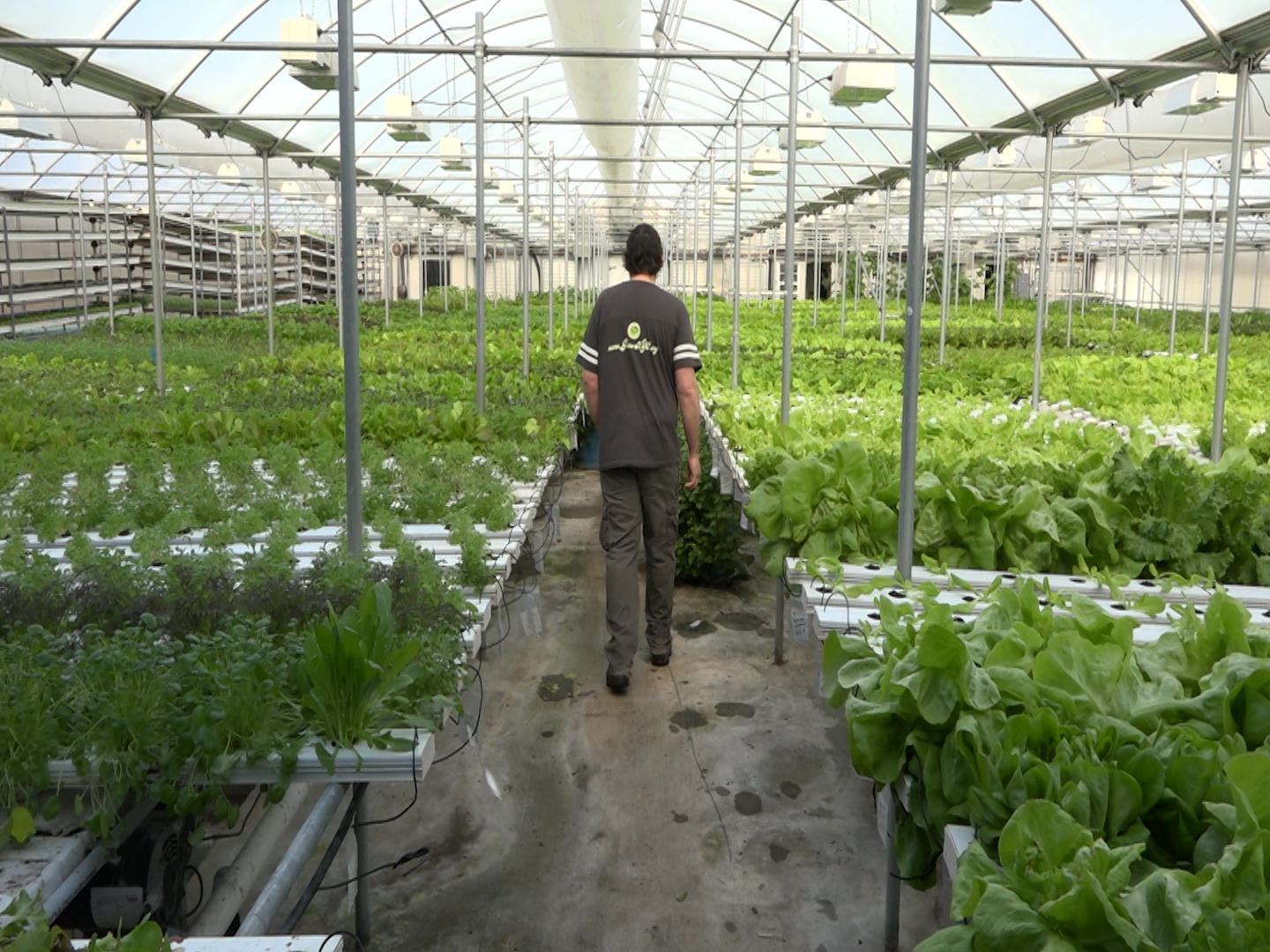 Farming For The City

Over the past ten years, organic food sales have tripled. In 2015, Americans spent almost $40 million dollars on organic produce. The demand for naturally grown food is becoming increasingly apparent with the popularity of farmers’ markets across the Nation, which has quintupled since 1994. Today, there are 8,688 markets across the country and New York City hosts 673 of these. But despite the natural feel of these outdoor markets, the word “organic” often does not apply to the produce.

At Union Square, voted the best farmers market in the U.S. by The Daily Meal online food magazine in 2015 and drawing 60,000 shoppers a day in peak season, only 16 of the 141 operating farms are certified organic.

“I’m surprised it’s that many, to be honest,” says Jim Barnes, who works at Tamarack Hollow Farm, one of the stalls at Union Square Greenmarket that holds the USDA Organic Certification. 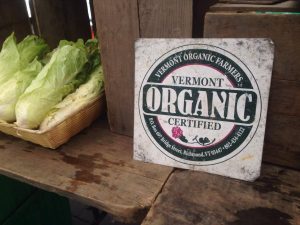 If Tamarack benefits from producing their greens organically, this is mainly because 40% of their business is with restaurants. Two stalls further down, Two Guys From Woodbridge are selling hydroponic greens – 60% percent of which they sell to chefs. Farm manager Erik Warga predicts that Two Guys would be out of business without their organic certification. Indeed, having spoken to several chefs, Barnes concludes that organic products are slowly becoming standardized at restaurants.

“If your products aren’t organic, you are going to have a really hard time competing with other restaurants,” Barnes says.

However, not all customers choose to buy $4 per pound carrots at Tamarack when these are sold for half the price at the non-organic stalls nearby. Barnes realizes that his costumers are particularly picky, and that this price difference isn’t proportionate to the importance of the organic certification in the eyes of standard market goers.

“A lot of costumers think everything in the market is organic,” Barnes says. “When they find out that it isn’t, they are disappointed but they buy the product anyway.”

It seems the appearance of the products generally outshine the organic label. In fact, some costumers pay no attention to the label.

“I like how you can talk about the products with the farmers,” Wu says.

According to Barnes, the feel of the market is one of the main reasons why people choose to shop outdoors. “There’s a different level of stress when you check out here and when you check out at Whole Foods,” Barnes explains. “The social aspect is not unimportant.” 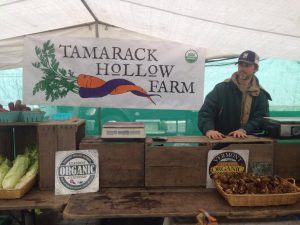 The importance of this aspect might explain why most farmers do not feel the need to be certified organic. Indeed, obtaining the organic certification does not come without strain.

“Many farmers might not have the time or the money to get the USDA certification,” explains Sam Jones, Public Affairs Specialist at the USDA. In fact, the certification can cost up to a couple thousand dollars a year – a significant amount for small farms.

In December of last year, the USDA revised the standards of the certification, allowing for the use of a number of chemicals under given circumstances. Following this revision, Pitts decided to get rid of his USDA certification.

“At this point I think it’s offensive to him,” says Niffa Puffer, who works at Windfall. “He sees himself as going beyond the standards of the USDA certification.”

Chemical sprays such as copper, which the USDA now allows, goes against Pitts’ farming philosophy.

“He just says ‘I don’t spray’ and people believe him,” Puffer explains.

Windfall Farms has not lost any sales since having taken down their organic certification. Indeed, the certification itself doesn’t seem to be much of a concern for shoppers.

“I don’t think all farmers here are certified organic but I don’t really care,” Wu says. “I care if the produce is fresh or not.”