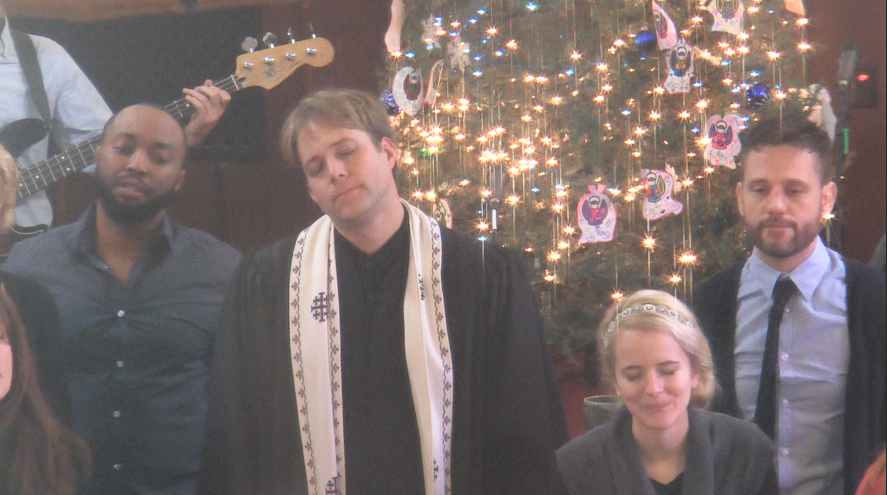 Jesus Was A Refugee

Religious Organizations are Part of the Solution

The coordinated terrorist attacks in Paris did not only bring death and destruction but a wave of anti-refugee and anti-Muslim rhetoric around the United States. One by one state governors — 32 at last count — started declaring they would refuse to allow in Syrian refugees, a power that is not granted to the state but only to the Federal Government.

“All of the refugees we have resettled have been fleeing wars and fleeing ISIS and are having their homes destroyed,” says Will Haney, a spokesman for the Church World Service, an organization that has been resettling refugees since 1946. “People here look at them suspiciously when in reality it should be the exact opposite. We should be welcoming them because they are victims of the same horrible and intolerant movement oversees.”

Gov. Chris Christie of New Jersey has also been vocal about refusing to allow Syrian Refugees into his state and has even written a letter to President Obama saying he would “withhold state financial support.” It is still unknown which financial services he would attempt to withhold but despite Gov. Christie’s vocal opinion of not wanting even “5-year-old orphans” in his state, two families have been welcomed into New Jersey since then.

The faith community has a long history of taking in the most needy including refugees. In New Jersey, the anti-refugee rhetoric has not deterred the community from doing such work.  The Church World Service (CWS) has successfully resettled nearly half a million refugees since its origin and its office in Jersey City is responsible for successfully relocating 27 Syrian refugees into the state of New Jersey. It makes New Jersey the state with the eight highest number of Syrian refugees in the nation.

Mahmoud Mahmoud serves as the director in the CWS office in Jersey City. Mr. Mahmoud says the anti-refugee rhetoric hasn’t affected his work.

“There hasn’t been any change into the services that we are providing and to the [refugees] we are still picking up from the airport,” Mr. Mahmoud says. “I think it’s just that people need a little more information and that’s what we’re here to do. To provide the right information to as how to refugees are resettled, the screening process and the vetting process in the United States.”

“When refugees are vetted, it’s an extremely thorough process,” Mr. Mahmoud says. Refugees are put through high numbers of interviews with a large number of government agencies including the F.B.I., the Department of Homeland Security and the Department of Defense and Terrorist Processing Center. “Those [agencies] work in tandem with one another with regards to biometrics and a number of different things,” Mr. Mahmoud says.

Reverend Seth Kaper-Dale, along with his wife Reverend Stephanie, formed a Syrian resettlement program at the Reformed Church of Highland Park which has worked in partnership with the CWS. So far, this new program has helped in resettling one Syrian family. Reverend Kaper-Dale says he was inspired to help in the resettlement of Syrian Refugees when the children in his Sunday choir sang original written lyrics at a service one morning. “These children watched a documentary of Syrian children and the trauma they are experiencing at home and I was so moved,” says Reverend Kaper-Dale. “We were all moved.” Kaper-Dale immediately went to Mr. Mahmoud at the CWS to see what his congregation could do to help and he hopes to resettle ten families to southern New Jersey within the year.

“I have rabbis and priests from churches all over New Jersey who are asking ‘how can we help? How can we voice our opinion to express our concern over what Gov. Christie has said?’” Mr. Mahmoud said. “It’s coming from the people and all that we do is let them know to advocate and let your representatives know that you are for refugees in your communities. And that’s been happening.”

The Reformed Church of Highland Park has also raised money for Syrian families to use for rent and groceries when their federal government aid runs out. “With this money we help them pay half the rent,” Reverend Kaper-Dale says. “We offer compassionate support to families.”

Reverend Kaper-Dale’s 80-person congregation was responsible for buying groceries and furniture for a Syrian refugee family. “Our coalition took 100 percent responsibility in having everything they needed in their apartment,” says Reverend Kaper-Dale. “We are a very new program and the fact that [Americans] make a big deal about resettled families is a big problem.”

President Obama says he wishes to bring 10,000 Syrian refugees over the next year which has added fuel to the anti-refugee backlash. To the anti-refugee fringe Mr. Mahmoud has one point to make: “I think they can look at [French] President Hollande’s example from a country that has just suffered from these horrific attacks and who is still saying don’t discriminate against this group of people,” said Mr. Mahmoud. “That’s what I would say.”