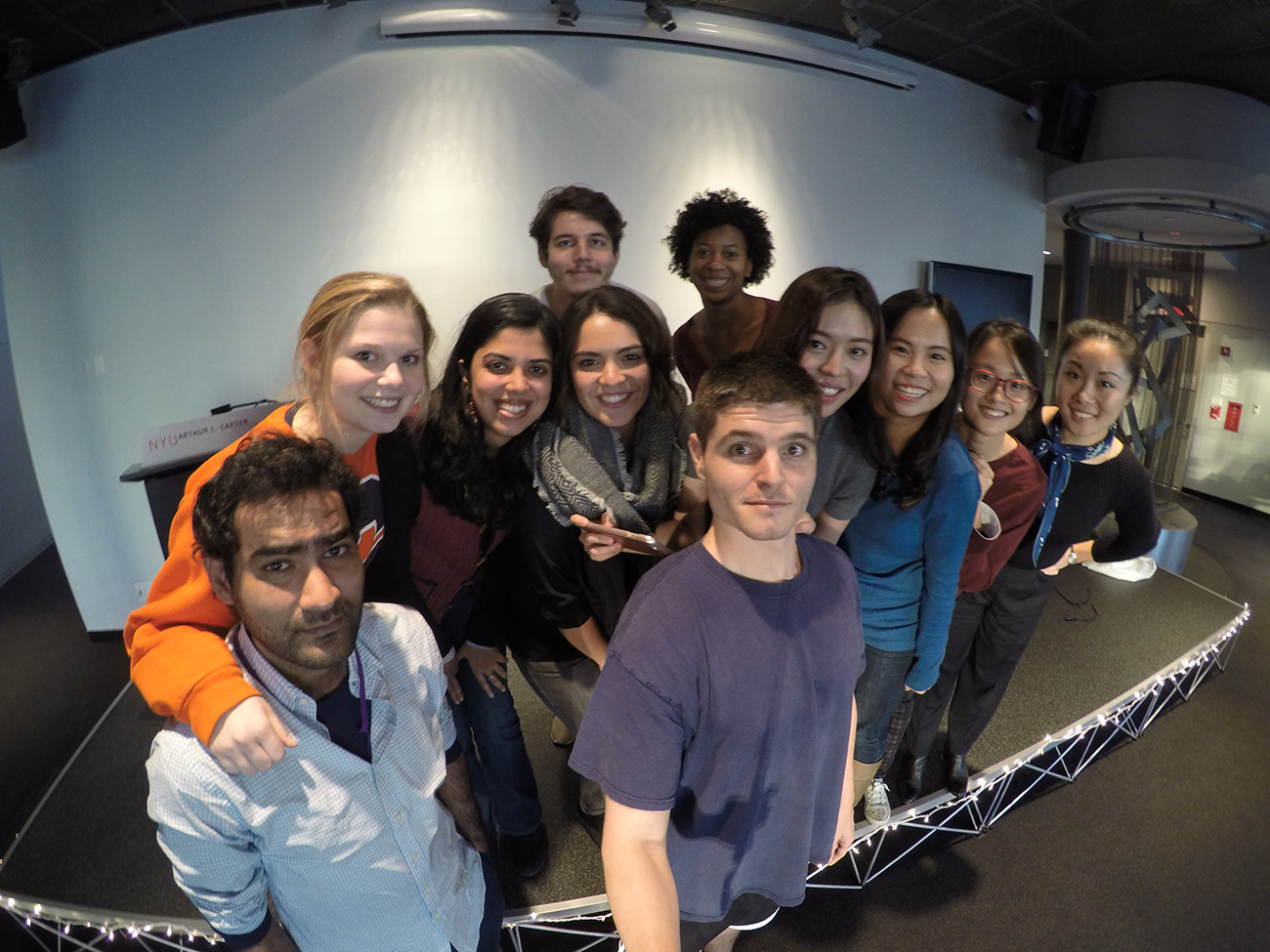 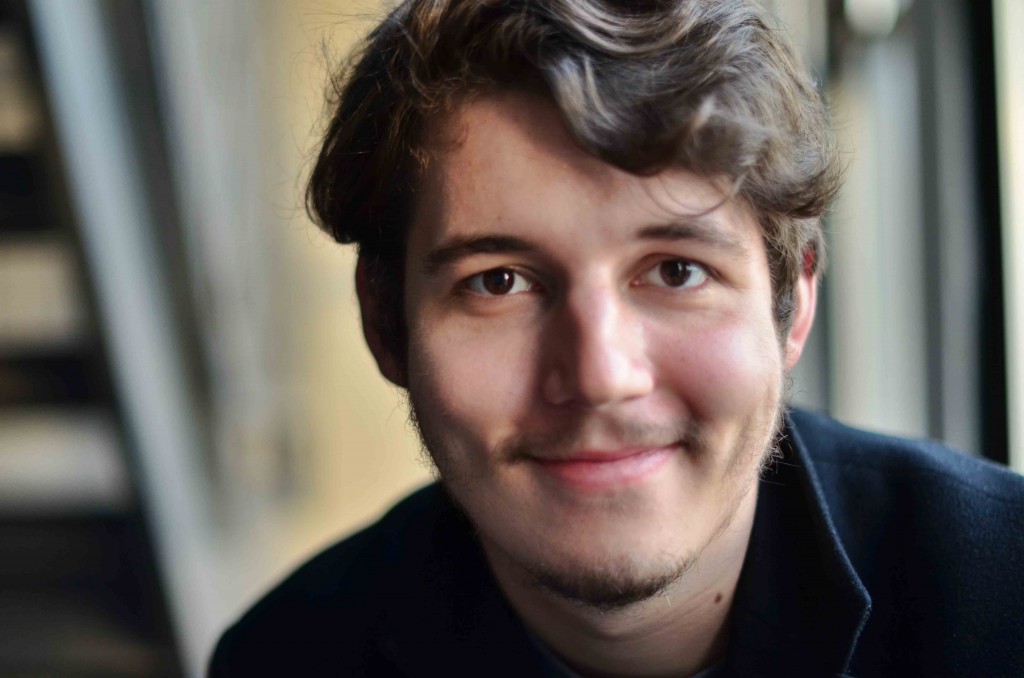 I hold a BS in Biochemistry from the University of Southampton and an MS in immunology from University College London and this might surprise many an onlooker seeing as I’m moving towards documentary film. I’ve always felt out of place in the field of applied science and this reached a point soon after I moved to London. I reevaluated what it was I find myself doing most often, where my natural drive lies. I found it journalism.

Films have always fascinated me, both documentaries and works of fiction, and I struggled to find a way to pursue this creative outlet. With News and Documentary I want to attain the skills required to become a fully individual documentary filmmaker in the style of my idols – Werner Herzog, Erol Morris and Joshua Oppenheimer. 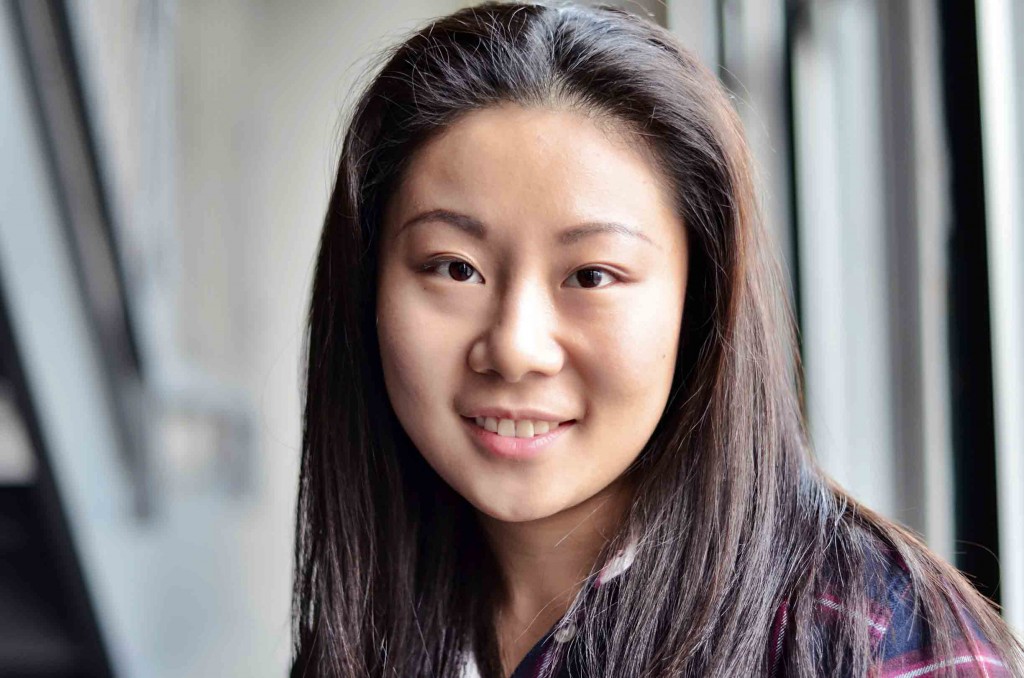 Qiuxuan Lyu (Lucille) recently earned her B.A degree from Beijing Foreign Studies University, majoring in Chinese Language and Literature and minoring in English. She found her interest in telling and writing stories during her first internship in a local media in Tianjin. She also tried to use video to tell stories and finished her first short documentary in 2014. This experience inspired her to pursue a career in documentary or video journalism. Then she joined APTN Beijing Bureau and landed a 6-month internship as an assistant video journalist. Later, she also did an internship in Xinhua News Network Corperation and tried to tell stories from different angles.

Born and raised in Tianjin, a city famous for folk art and humor, Qiuxuan has a strong interest in Chinese traditional art. She started to learn and play the Pipa (a traditional Chinese musical instrument) when she was seven and she still practices when she has time. Besides music, she developed a penchant for Chinese tea under her mother’s influence. With such a background, she wants to make a documentary about a Chinese art form or stories of Chinese artists. 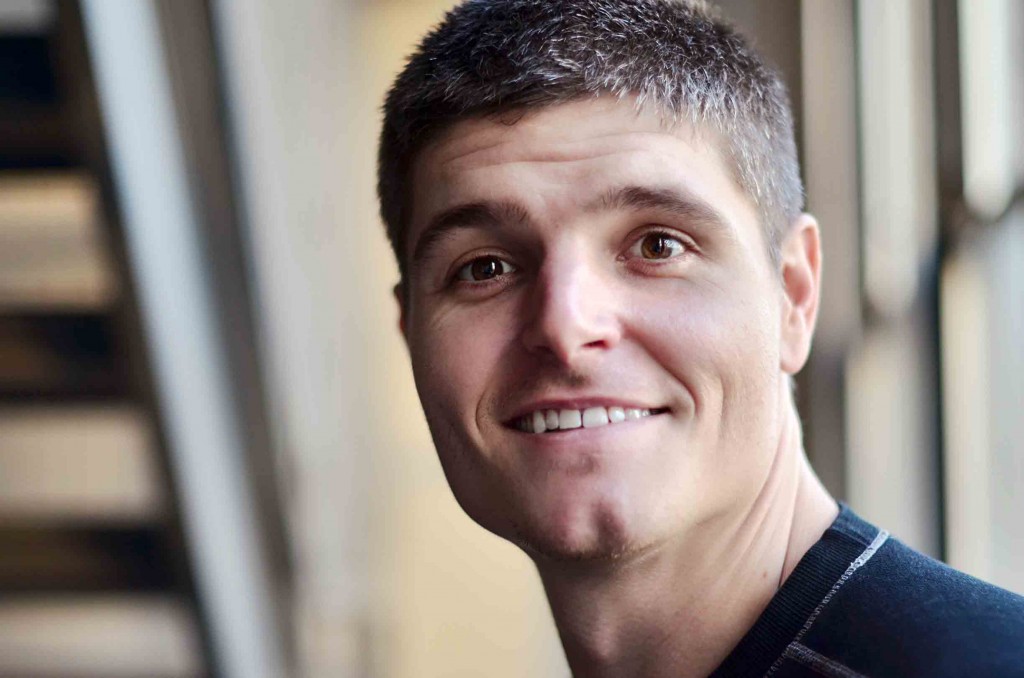 After completing his B.S. in Agricultural Business at Cal Poly SLO, Paul spent a brief period working in Hollywood before volunteering to serve with the U.S. Peace Corps in Cameroon, West Africa as an Agricultural Business Extension Volunteer. While serving as a volunteer, Paul began using film clips as a device to teach, inspire, and to help raise funds. His work was selected as the winner of the 2014 Peace Corps International Literacy Day Video Contest, which sought to find the best example of a volunteer using technology to ameliorate village literacy levels; the village children he worked with received two computers and a kindle as a prize for winning the contest. Paul also received a large donation, video camera, and spices from McCormick, in partnership with The Food Network, in support of the women’s empowerment and after school groups he organized and ran. 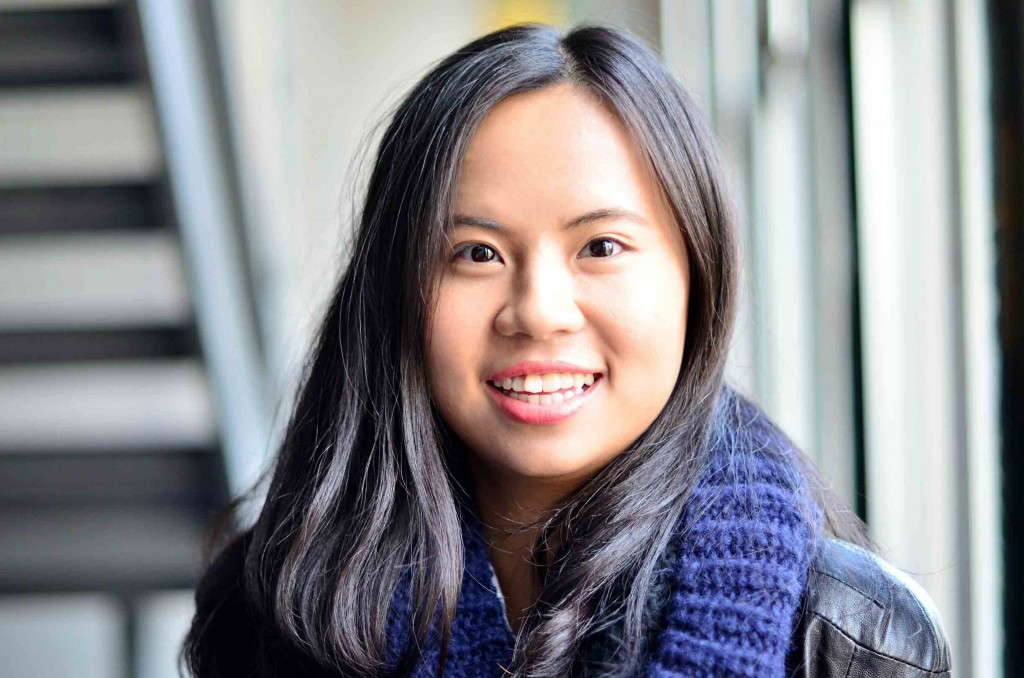 Ying recently got her B.A. from Jinan University, majoring in Journalism. Her first two years at college taught her much about the field. She worked as a journalist and design editor with the campus newspaper. The conversations with interviewees about their inner perspectives from their experiences encouraged her to pursue in-depth coverage. Later, Ying went to Halifax, NS for exchange study, where she met with an independent documentary filmmaker and participated in the production of a short documentary. She also sharpened her writing skills by dissecting different types of English literature via theoretical lenses. Witnessing the storytelling power of moving images, Ying determined to pursue her future career as a documentary filmmaker. She is interested in the anthropology approach of documentary – telling stories of different cultures, especially those who are neglected and marginalized. 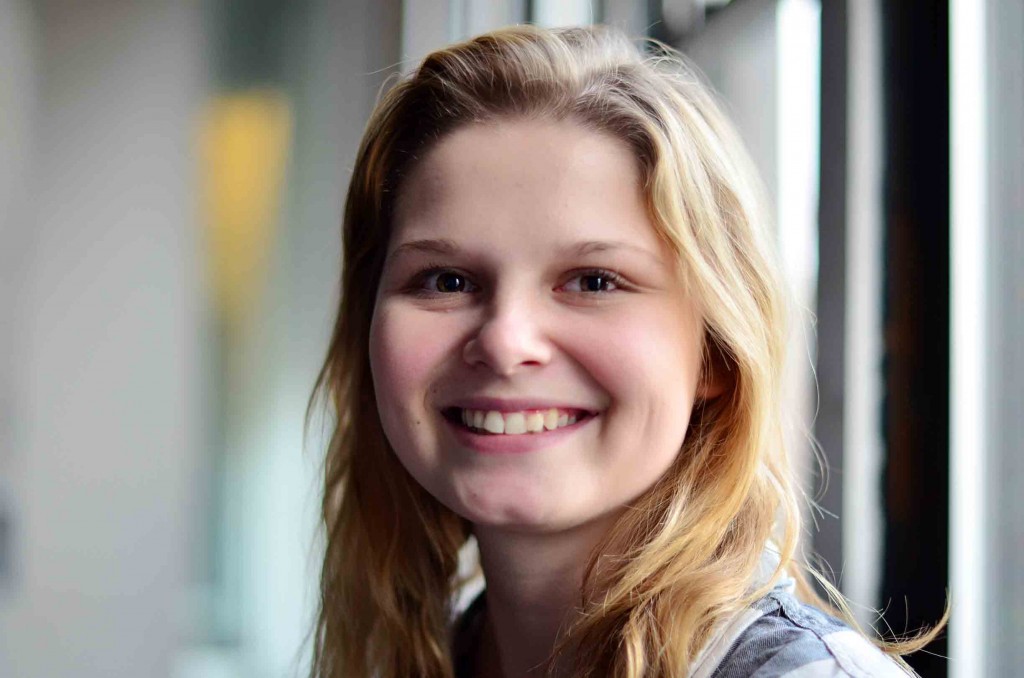 Kate is a New Jersey native from Hopewell Borough. She earned her bachelor degree from Syracuse University in 2015 and majored in Communication and Rhetorical Studies. In an effort to realize her career potential and with a combined interest in documentaries, Kaitlin decided to pursue graduate school. 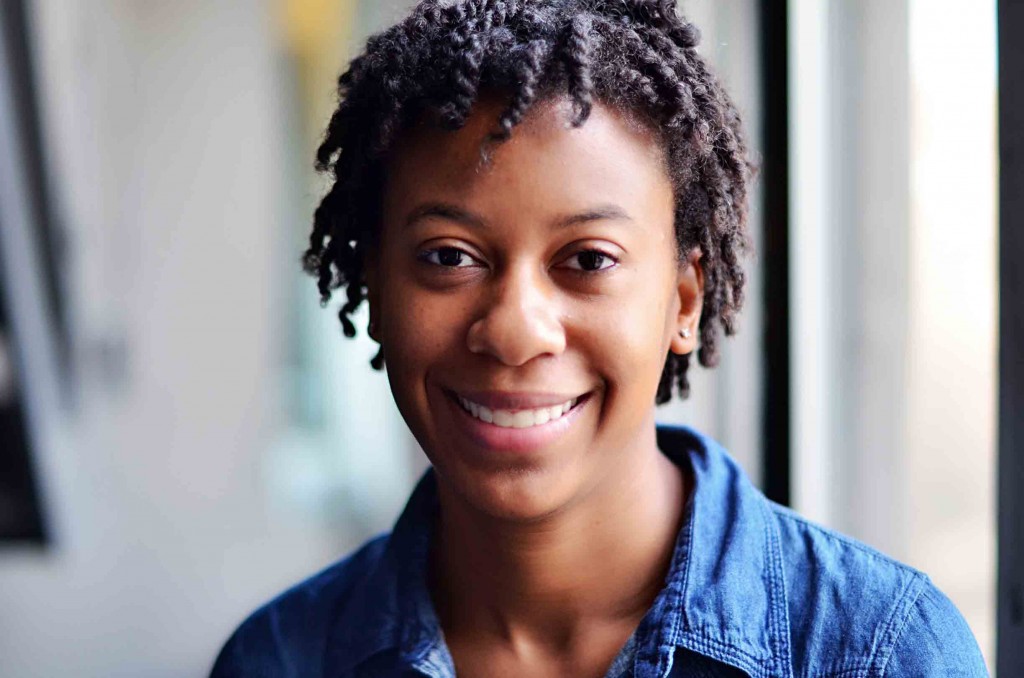 Kimberly was born and raised in Paterson, NJ and received her B.A. from Cornell University in Sociology. During her undergraduate years, her love of journalism led her to found the Black Perspectives campus newsletter, which provided a forum for topic discussion relevant to students of color. After graduation, Kimberly worked as an editor for various trade publications and subsequently sharpened her print and digital editing skills at McGraw-Hill Education. During this time, Kimberly continued to develop her interest in journalism by working as a freelance reporter for North Jersey Media Group and earning a professional development certificate from MediaBistro in Digital Journalism. Inspired by documentaries such as “Waiting for Superman” and “Blackfish”, Kimberly is looking forward to completing her master’s degree with a particular emphasis on developing her long form storytelling skills and acquiring the finer points of video shooting and editing. When she is not busy perusing the news, Kimberly enjoys spending time with her family and trying out new cooking recipes. 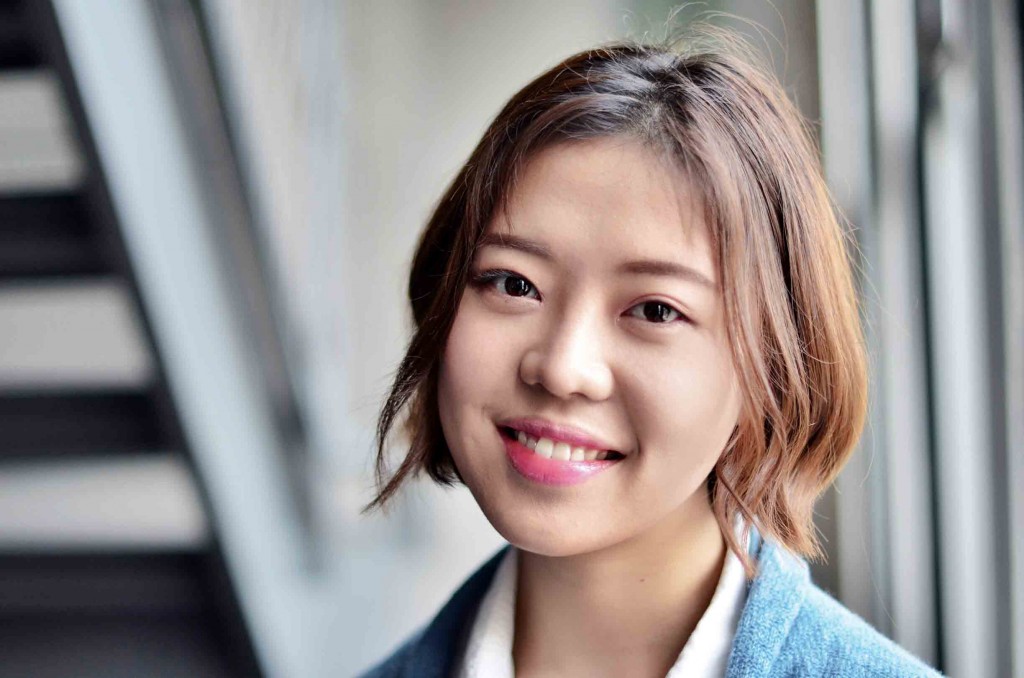 April was born in a small city in China and raised in Shanghai. She holds a B.A. in Chinese Literature from Fudan University.

She has been to Yunnan, Guangxi, Guizhou, Hebei and Tibet as a volunteer photographer and teacher to help out the children who have no chance to receive proper education. She landed a 3-month internship in Shanghai Media Group yet found her freedom of speech hamstrung by the way Chinese media function. Then she started to intern at NBC Universal, where she focused on digital editing, researching and reporting.

She envisions continuing her fighting for underserved populations and calling attention to issues of inequality, social illness and government corruption in China. 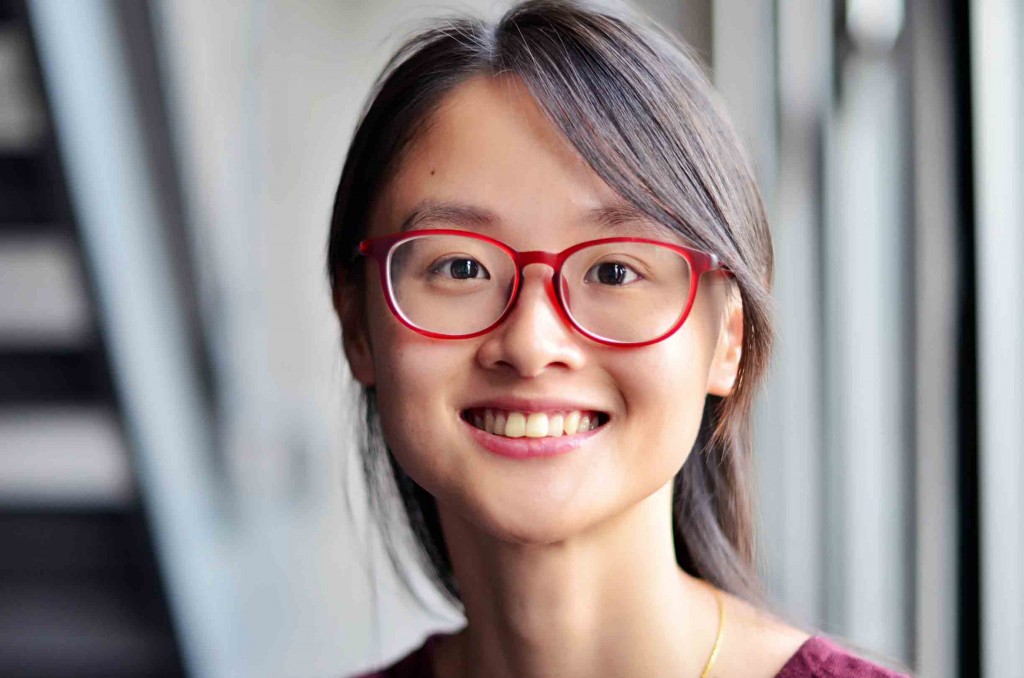 Teng comes from a region which is famous for its mafia groups all around the world – Fujian, China. Teng is a very spirited person who has travelled a long and twisted road until finally finding her way into journalism. She studied French language in university, and studied Sociology in France for one year. Then Teng finally decided to try journalism. Teng gradually found work as a full-time news assistant and producer for NRC (leading dutch newspaper), Canal+ (French TV), and The New York Times. She was lucky enough to have the opportunities to work with the highest journalistic prize winners from Netherlands, France and US (Pulitzer Prize). Her journey as a China Producer for documentaries started in 2014, by working for the leading Dutch broadcaster VPRO. So far, she has produced a philosophical documentary series, voiced over by philosopher Alain de Botton (she produced one hour out of the total 7 hours in seven countries), as well as her beloved project: a traveling documentary series about China (she produced three hours out of the total six hours). Teng was the only China producer for all these projects. 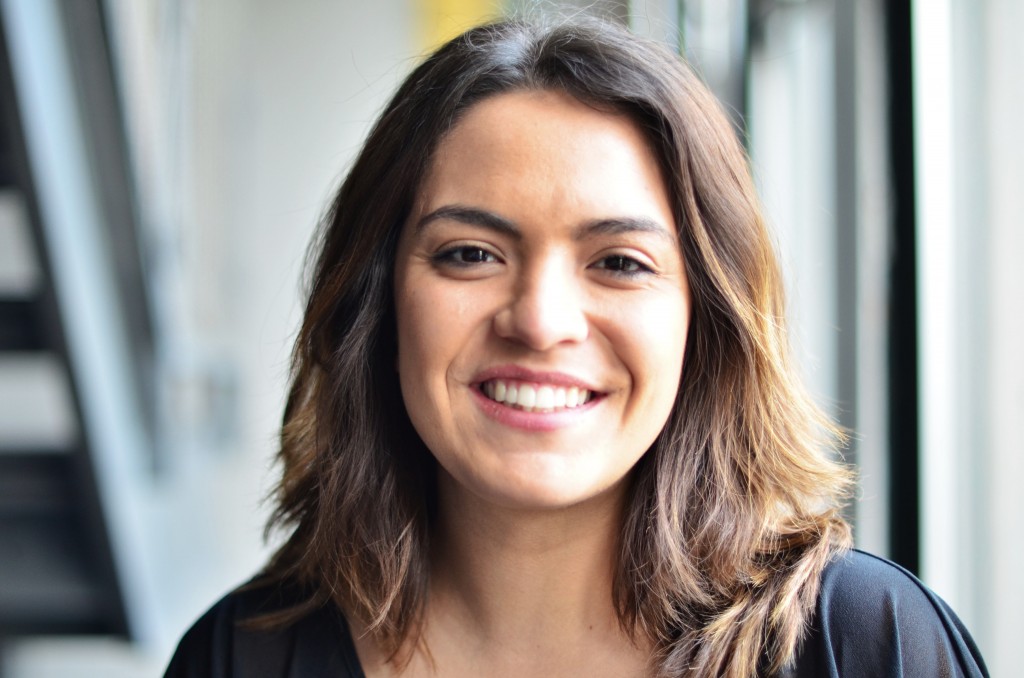 Mercedes Barba, “Jesus Was a Refugee”

Mercedes was born and raised in Los Angeles, California. She received her Bachelors degree in Broadcast Journalism from California State University, Los Angeles in 2014. She began her career in journalism in 2007 when she worked for a small startup television station in Encino called “Time Television.” There, Mercedes was the host of a weekly fashion show called “Catwalk” and also worked as a producer and editor. 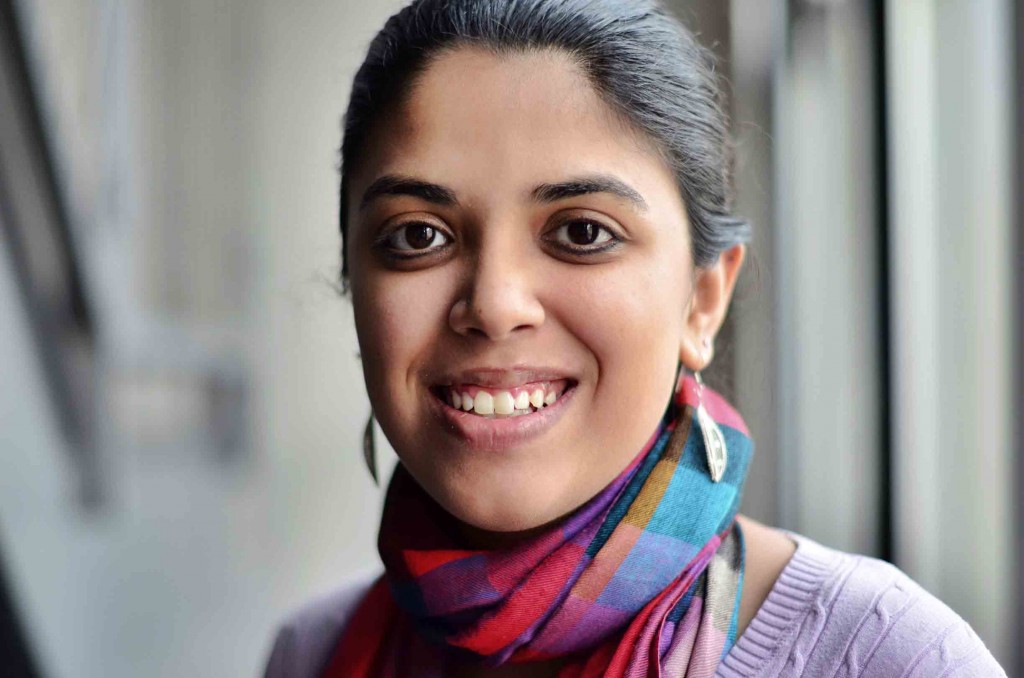 Veda is a native of Boston, MA and graduated from Tufts University with a BA in Anthropology in 2009. After that, she lived and worked in New Delhi, India from 2010 till the summer of 2015 at CNN-IBN, a television news network headquartered in Delhi. At CNN-IBN, she was a Rundown Producer, and spent her days building and rolling news bulletins.

Veda’s passion for storytelling and documentaries was further informed during her study of anthropology and ethnographic films while at Tufts. From her time in India, she’s developed an interest in women’s rights and security on a global scale. Veda is also an enthusiast for the performing arts and when she’s not working, can be found attending theatre, dance & music festivals. 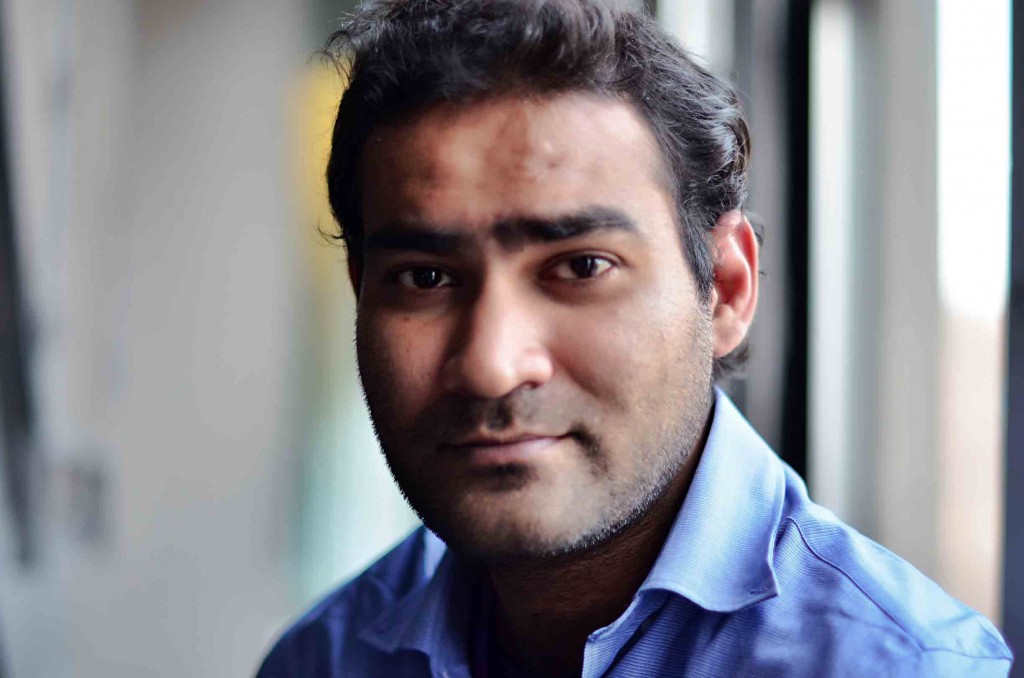 Hafeel is an Attorney-at-Law and a journalist at Sri Lanka’s leading English daily- The Daily Mirror and its corresponding website- the highest viewed English news site in Sri Lanka. As an attorney practicing in the Supreme Court of Sri Lanka he’s been involved in some of the leading and controversial litigation in Sri Lanka including the case of the British Tourist who was arrested with a Buddha tattoo, the Aluthgama racial riots and the Golden Key debacle which made headlines in Sri Lanka and the region.

Hafeel is also a graduate in International Relations. He is a keen follower of adventure sports, and a passionate debater. He is an avid reader of social processes and has a keen interest in the transformation and evolution in human thinking and its evolution.

You can find more about the NYU News & Documentary graduate program here on its website.