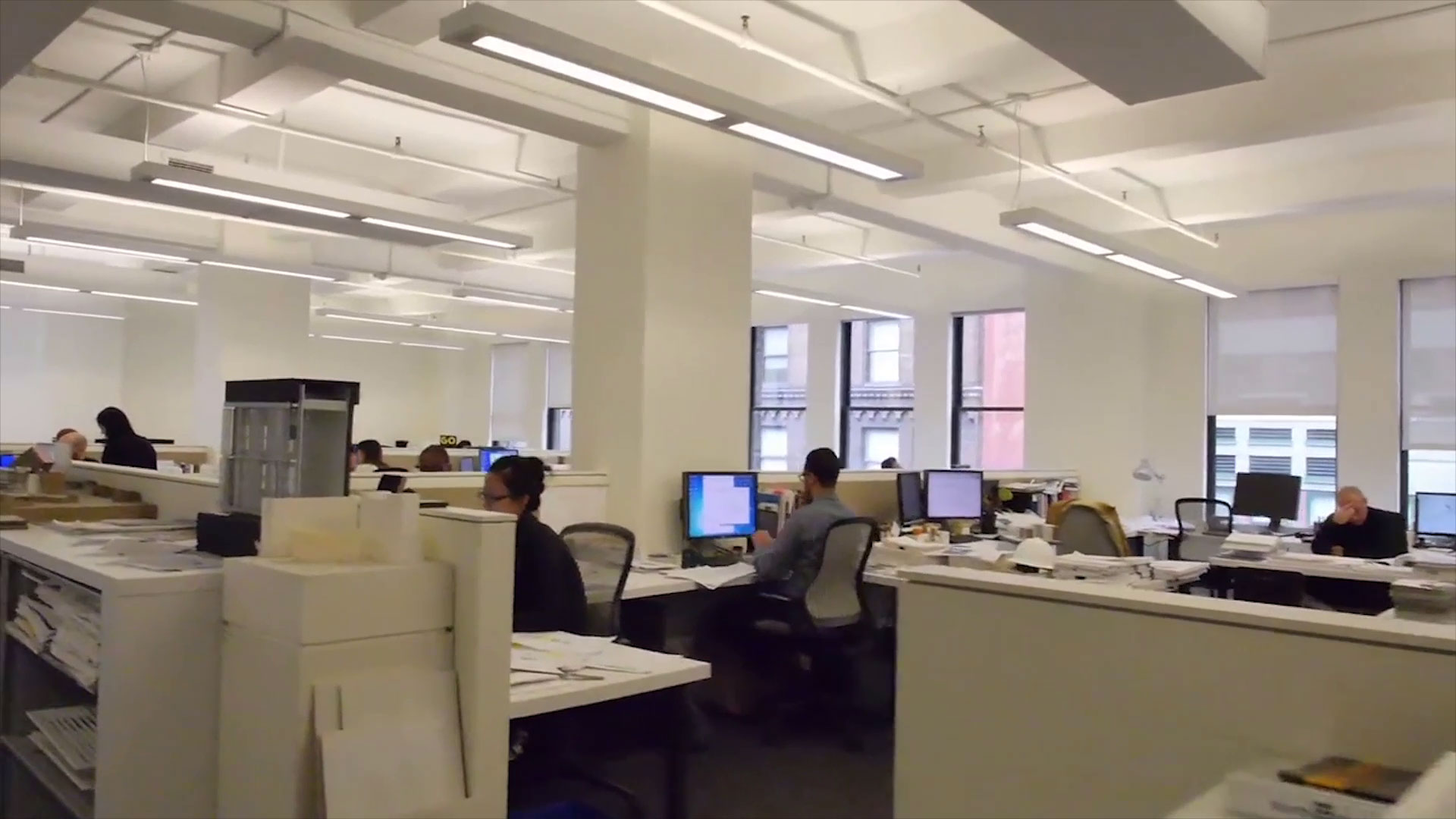 Out of the Chair

The Cost of Sitting

Not all offices are created equal. The blank walled, grid-like work centers of the past are being phased out for sprawling, creative spaces that not only increase production, but look nice too. This shift in the way people work and see the workspace is largely due to 20 years of research that details just how bad sitting all day is. With around 80 percent of working Americans now employed in an office setting it is important to understand all the factors that impact office life.

1. The Dark Side of Sitting

A study done in Australia showed the effects sitting for prolonged periods of time has on middle-aged individuals. 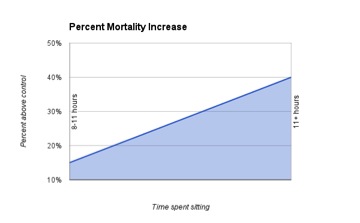 If a person sits for 11 or more hours a day their risk of death by chronic disease goes up 40 percent.

“Long hours of uninterrupted sitting can be detrimental, even people who are physically active at other times have an increased risk,” said Dr. Carol Garber, a professor of Exercise Science at Columbia University.

Members of the 80 percent can expect to sit an average of 13 hours a day. The vast majority of this sitting time comes while at work. It is an unfortunate product of our current culture, with everything streamlined and tech based, leading to more jobs requiring a computer monitor. Couple that with the fact that in today’s work world many jobs push for longer hours and the time spent sitting quickly piles up.

It’s not that companies want to cause harm to their workforce, the culture is just set up to promote sitting. The most effective use of space is to put people in cubicles, more squares means more employees which means more productivity. In the fast paced society we live in efficiency is key; a room full of efficient employees working long hours seems to spell high production. However, not only does sitting cost employees years of their lives, it costs the company dollars by actually decreasing productivity.

For those who are office bound there is a way to avoid or at least mitigate becoming another member of the daunting statistics. There have been several studies suggesting that standing every 20 minutes, even just for a little while, can greatly reduce the risks that sitting all day brings. Not only is it healthy to stand, multiple studies agree that it also increases energy and concentration causing workers to be more efficient and productive. It doesn’t require special equipment to get up and to move around you just need a destination. 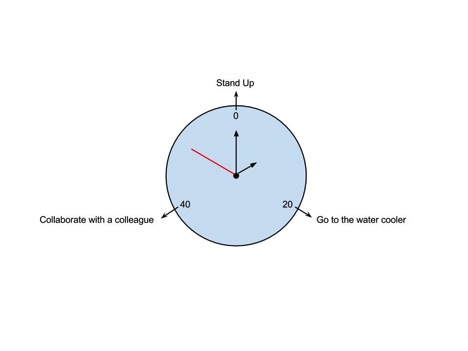 Getting up and moving hasn’t always been easy to do at work. For a long time people were expected to stay at their desks until the work was done, think Office Space. We have built a work culture where employees work through lunch and eat sitting at their desk due to the demand for productivity. However, there are signs that this grind-it-out culture is beginning to change.

“We all take small breaks frequently,” said Turner Cowels, a Web and Video Producer at Money Magazine, “the water cooler, the bathroom, the cafeteria, the vending machine; I’m tied to my desk because I like what I’m doing but ‘tied’ isn’t the word I would use.”

More offices and employees are adapting to these practices, noting the obvious benefits to employees’ health and functionality. Still, some companies have taken it a step further when it comes to changing the working culture.

Calculate the time you spend sitting every day and find your risk here. 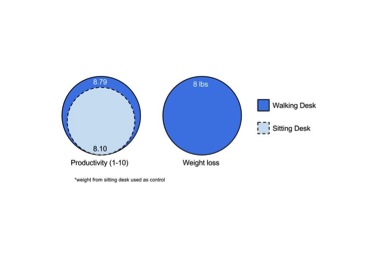 Walking desks, which were originally embraced in home offices, are now popping up across Corporate America. The misconception to walking desks was that they would decrease productivity because people were doing too many things at once. However, recent studies, like the one published by PLOSone, have shown that your concentration and productivity actually go up as much as 10 percent after a little practice at the desk, not to mention you can lose some weight too.

Startups have also chucked the cubicles and helped spread the open office floor plan creating inviting spaces with couches and benches and long tables forcing people to gather and collaborate and simply walk around. The thought behind the process is if you give everyone a view of the office, and room to move, and it will increase creativity and collaboration. The downside to all this open space is that some people complain it can be distracting. With everyone mulling around and little assigned desk space the offices can get noisy and congested, making it hard to focus and get work done.

Perhaps the best example of a functionally active office is the famed Google headquarters in Mountain View, CA. But you don’t need an expansive corporate campus to get workers moving. Google was able to bring that sense of space and active workspace style to Manhattan where their Chelsea office still is able to incorporate many spaces instead of just one set open plan. There are places to eat, play, socialize, but most importantly to work. This type of office, with multiple functional spaces, encourages interaction as well as movement between the areas. None of this would happen without the culture at startups and companies like Google.

“The employees must be encouraged by the bosses using the spaces as well,” said Dr. Garber, “it takes the leaders to make change, employees have to see it start from the top.”