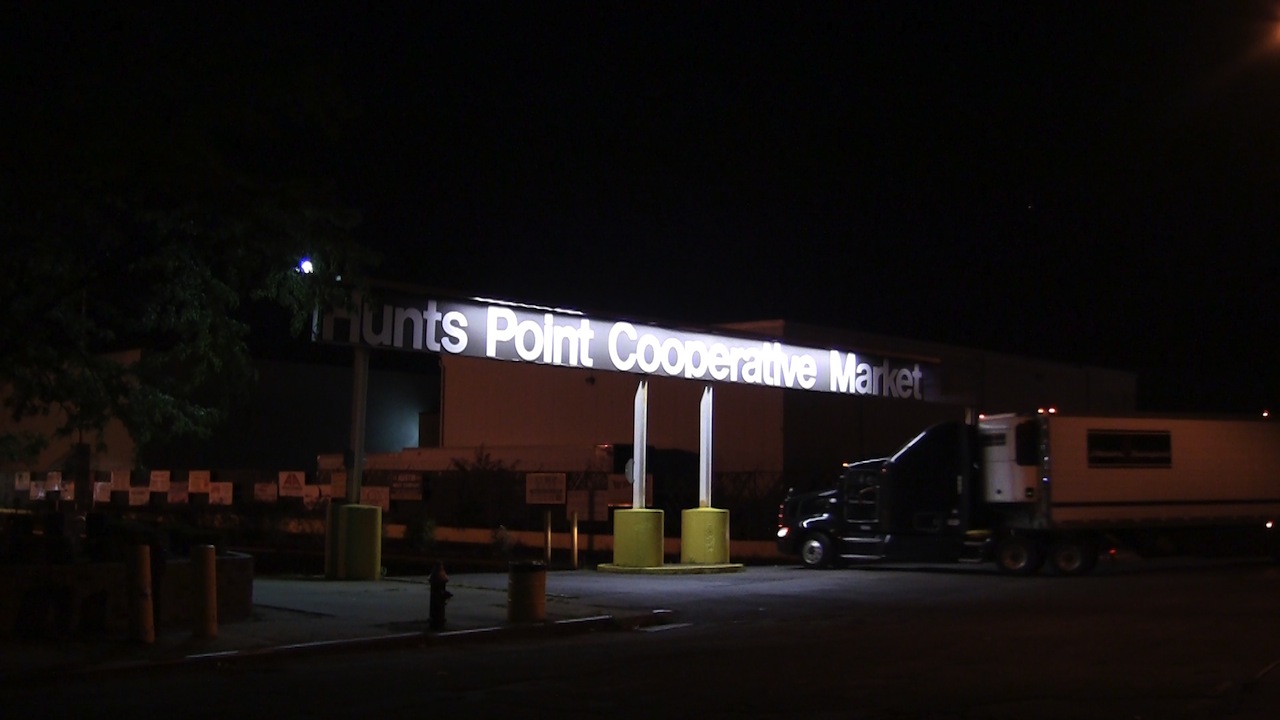 While New York enjoys all the benefits of the largest food market in the US at hand, Hunts Point has to deal with ecological consequences.

Speaking to a reporter at the free Thanksgiving Dinner, organized by the Point Community Development Corporation in Hunts Point, NY, its Executive Director Kellie Terry-Sepulveda gets interrupted every now and then, whether by her numerous colleagues or kids missing their mom. Terry-Sepulveda is a mother of two small boys, as well as a long-standing activist for environmental justice and eco-changes in Hunts Point. Addressing the multiple burdens put on Hunts Point’s ecology she underscores: “In an ideal world there would be no negative impacts. Right now it’s not ideal, and it’s unfair and unjust to have all the negative impacts stocked in low income communities of color, as they are.”

In October 2013 the New York City Department of Environmental Protection (DEP) announced it would no longer meet with the Hunts Point Monitoring Committee – an assembly of local environmental activists – to discuss ecological problems in the area. Moreover, the DEP decided to stop providing local environmental advocates monthly reports on the air pollution in Hunts Point. Hunts Point continues to get the heaviest and most harmful pollution burden compared to other neighborhoods in the city. Not only does the situation remain extremely unsafe, but the burden is poised to increase. FreshDirect is moving into the area. Construction of a new marine waste transfer station in the Upper East Side is under question. The station is supposed to partially relieve Hunts Point of waste from Manhattan, but that move is being met with a strong opposition among Manhattan residents.   Meanwhile Hunts Point residents are left waiting to see if the activists will prevail or will the problems persist. 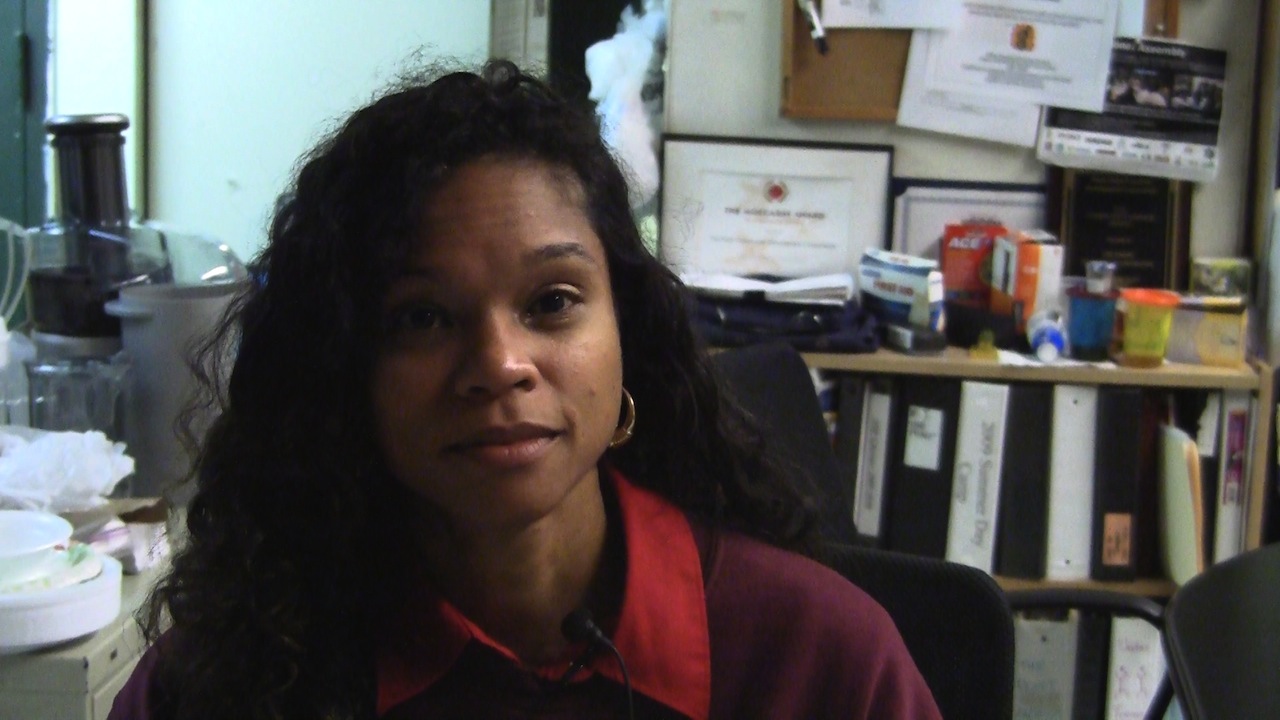 Kellie Terry-Sepulveda, environmental activist and the Executive Director of the Point CDP, expects that the new city administration will give environmental issues the highest priority

It’s hard to find within New York City and probably the whole NY State an area more unfortunate, than Hunts Point in the South Bronx. For many decades this low-income community of color has been struggling with multiple inner and external burdens: from extreme underemployment and economic decay to drug abuse, and among all that, tremendously high pollution rates. While Majora Carter’s campaign for environmental justice in the early 2000s has drawn attention to the neighborhood and spurred its fight for own rights, the fame soon evaporated and the general public calmed down, assuming everything was going to be fine. Yet time passed, and the problems remained, some of them getting worse.

For many, one image that represents Hunts Point is the food market. The Hunts Point Cooperative Market is the largest food distribution center in the US. Home to over 50 independent food businesses, the market completely relies on trucks. While New York has the privilege of affordable food at hand, Hunts Point has to pay for the ecological outcome of the Market’s operations.  According to recent city estimates, trucks make around 15,000 trips through Hunts Point daily, emitting diesel waste into the air. 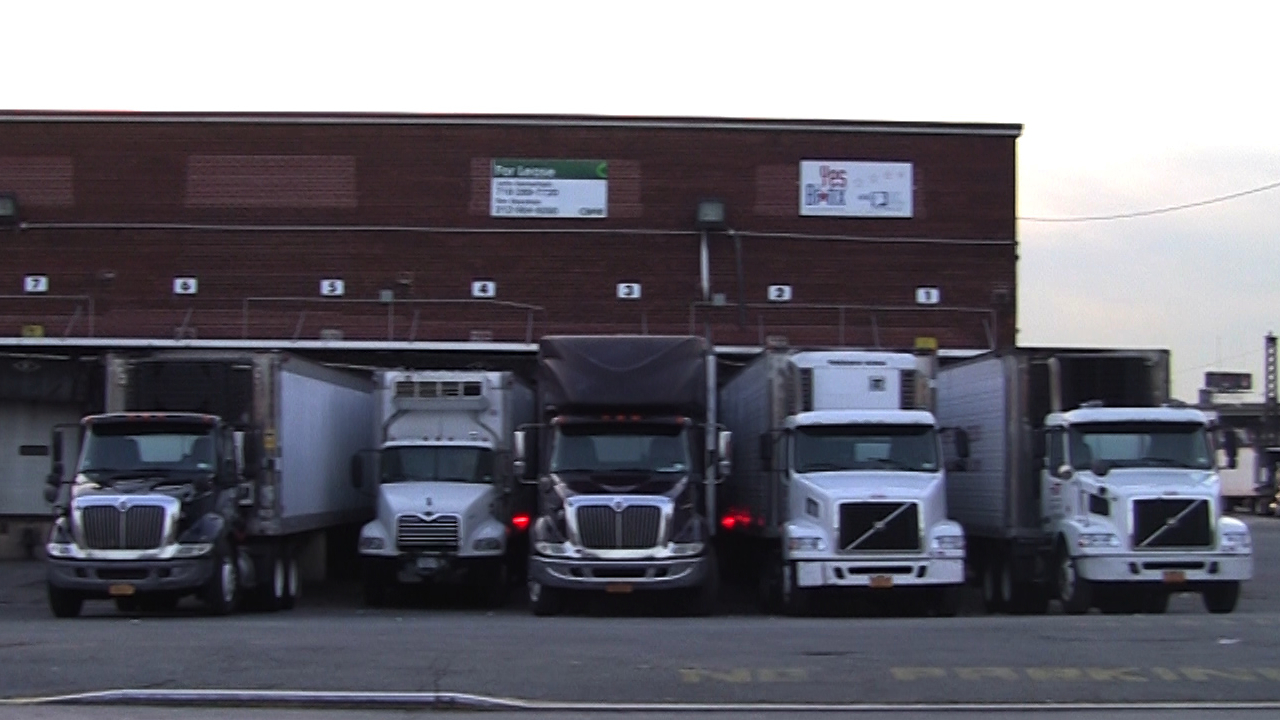 Hunts Point’s streets are overloaded with trucks of all sorts.

In July 2013 the New York City panel and later Mayor Michael Bloomberg approved the relocation of FreshDirect, the online grocer, from Long Island City to Mott Haven, right next to Hunts Point. The grocer would add a thousand daily truck trips to an area already over-saturated with transportation. Although FreshDirect promised it would soon transform its diesel truck fleet into an environmentally friendly one, local activists are skeptical. 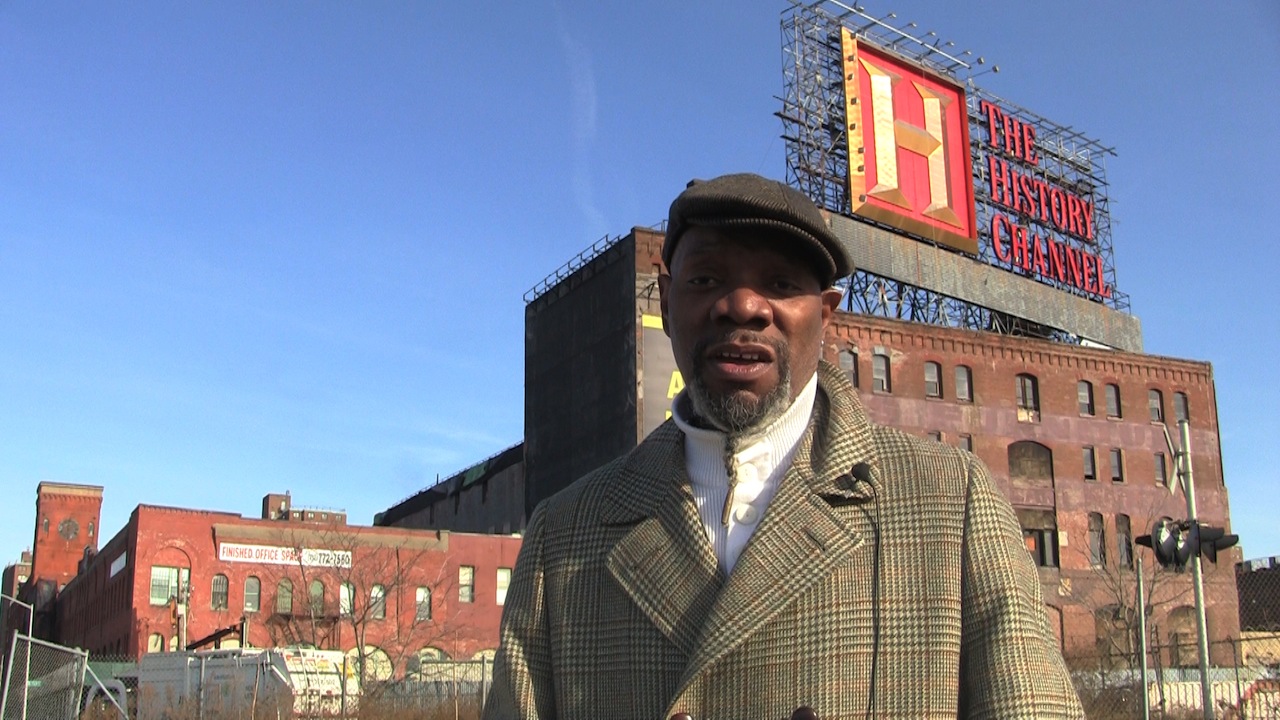 Besides the Food Market, Hunts Point is home to multiple garbage facilities and hosts many garbage trucks as well, as the neighborhood processes around 40 percent of New York City’s waste. While the agreement was made back in 2006 to build a marine garbage transfer station in the Upper East Side, which would finally relieve Hunts Point from Manhattan’s waste, it is now under question because of huge protests.

“The people who are heading this effort to prevent that waste transfer station from being built have taken the ludicrous position that nobody lives in Hunts Point. Sure, it’s true that along the waterfront there is only industry, but the waterfront is only a few blocks from apartment houses, from schools,” said Bernard Stein, editor of The Hunts Point Express and journalism professor at CUNY. “It’s only fair for Manhattan to deal with its own waste – and not to impose it on Hunts Point.”  Terry-Sepulveda agreed, adding:  “Everyone produces waste. So everyone should help to handle it.”

The 2006 plan to relocate the waste transfer station to the Upper West Side was part of the city’s commitment to creating more marine-based transfer stations that would take trucks off the road. The fact that 8 years later construction still hasn’t happened has gotten Hunts Point advocates angry at the city. “There is a reason why certain communities are overburdened,” said Jaime Stein (no relation to Bernard), director of the Urban Environmental Systems Management graduate degree program at Pratt Institute who has also worked extensively with Sustainable South Bronx environmental group. “They are low-income communities that have less political access and opportunities. And the Upper East Side is one of the wealthiest communities in the country. They have a lot of political savviness, and opportunities, and power so they have been fighting the implementation of that transfer station probably since 2006. There is less ability to oppose these burdens in certain communities, and Hunts Point is one of them. A lot of it is political will.” 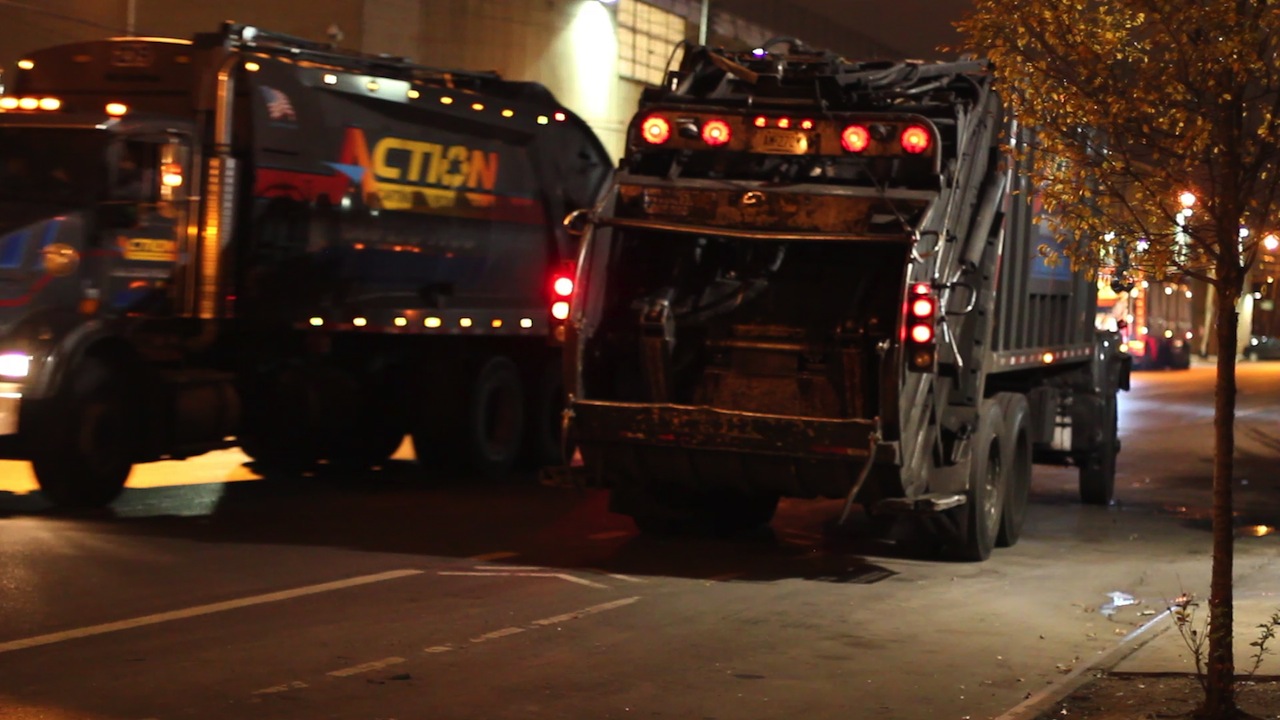 Garbage trucks bring to Hunts Point around 40 percent of the NYC waste.

As a result, the neighborhood has the highest asthma rates in New York City. According to the Citizens’ Committee for Children of New York research, the asthma hospitalization rate among children in Hunts Point is 9.9 – 12.2 per 1,000 children. “I don’t see any indication of asthma rates decreasing,” noted Terry-Sepulveda.

After a couple of hours walking in the area one can clearly feel soot covering the lungs. The garbage truck fleet is growing. The food market fleet is growing. The wastewater plant and other industries operate in the area. Yet in October 2013 the city decided to step out of monthly meetings with the local environmental committee and to no longer provide them with the monthly air pollution reports. These meetings were held for years by members of the Hunts Point Monitoring Committee (known as HiPMiC) on the part of the community and the NYC Department of Environmental Protection representatives on the part of the city.

“I do think it was really helpful. That’s really needed, and it’s unfortunate that it had to come to an end,” said Terry-Sepulveda. Ralph Acevedo, the secretary of Community Board 2 and a program director at BronxWorks, a community service organization, agreed with her, “I think we’ve made a lot of progress with DEP, and it’s unfortunate now that they’re canceling the meetings. There was a lot of transparency. Now we don’t know if that transparency is going to exist.”

The DEP explained that Hunts Point was the only neighborhood that asked for these reports, and the department made a decision to treat it the same as others and simply stop providing those. Yet Community Board 2 hopes to unite with other Bronx neighborhoods in their attempt to bring the monitoring back, as many of Hunts Point’s neighbors also suffer from high rates of pollution.

Local activists formed a special environmental committee within Community Board 2 to help address these problems. Yet the committee would only operate on a local level. However, cooperation from the city is needed since Hunts Point’s issues are complex and closely intertwined.

“The Bronx suffered the major catastrophe in the 1970s and 1980s,” said Bernard Stein. “One of the things you hear over and over again from people and organizations in Hunts Point is either ‘We’re not going back to the way it was’, or ‘If X, Y or Z fill in the blank, if apartment buildings are allowed to deteriorate in this way, if the air gets fowler, if the city executes this plan or that plan, we will end up going back to the way things were in the 70s, and we wouldn’t stand for that’. There is a kind of equilibrium, but it’s a bad equilibrium. And what needs to happen is that the pollution needs to be reduced.”

Fight For Air from JMF on Vimeo.

As Hunts Point shoulders the heaviest and most harmful burdens of any other New York neighborhood and some potential dangers are rising, local activists feel the city’s decision to discontinue sharing the air monitoring and holding monthly meetings pulls the rug from under their feet.